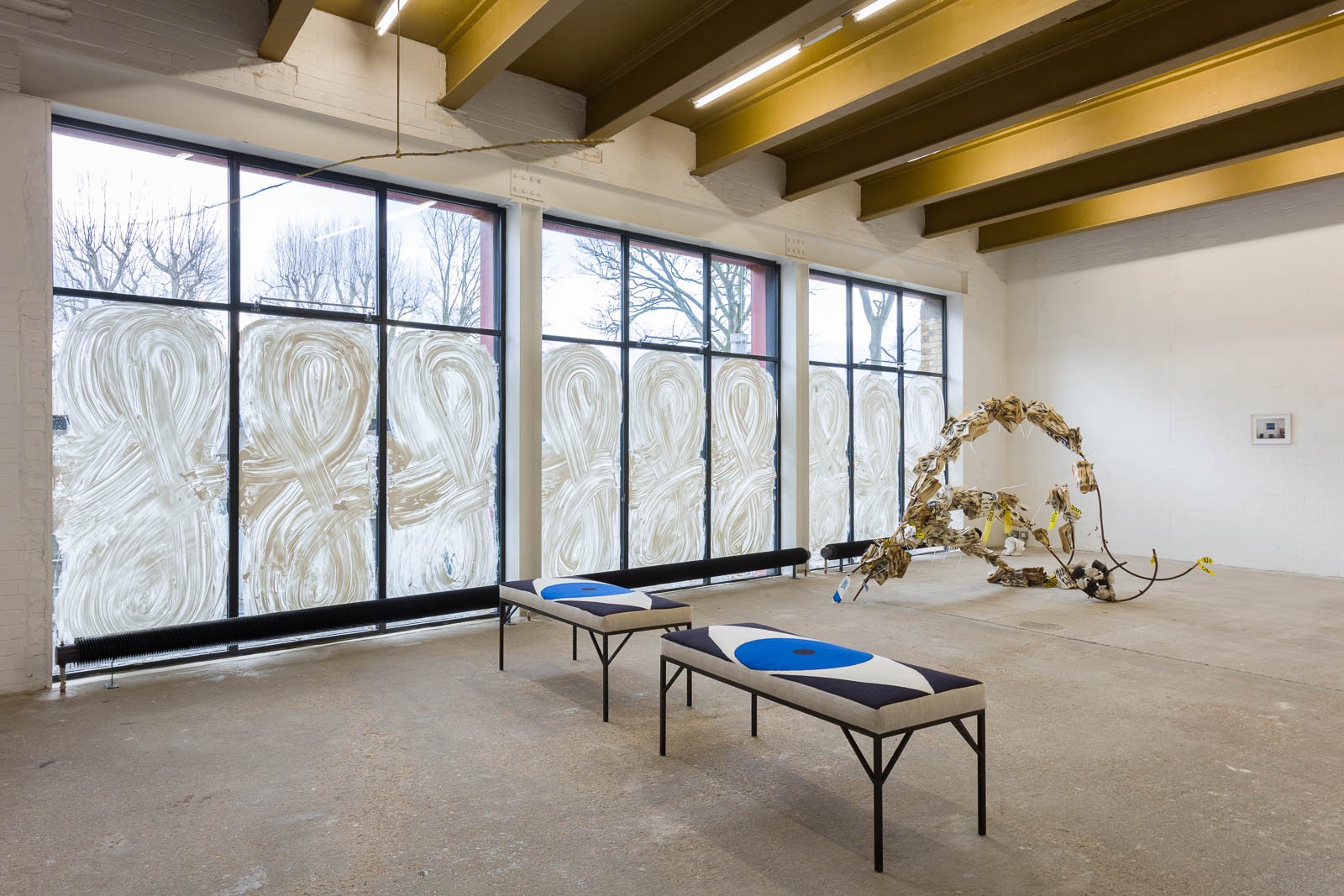 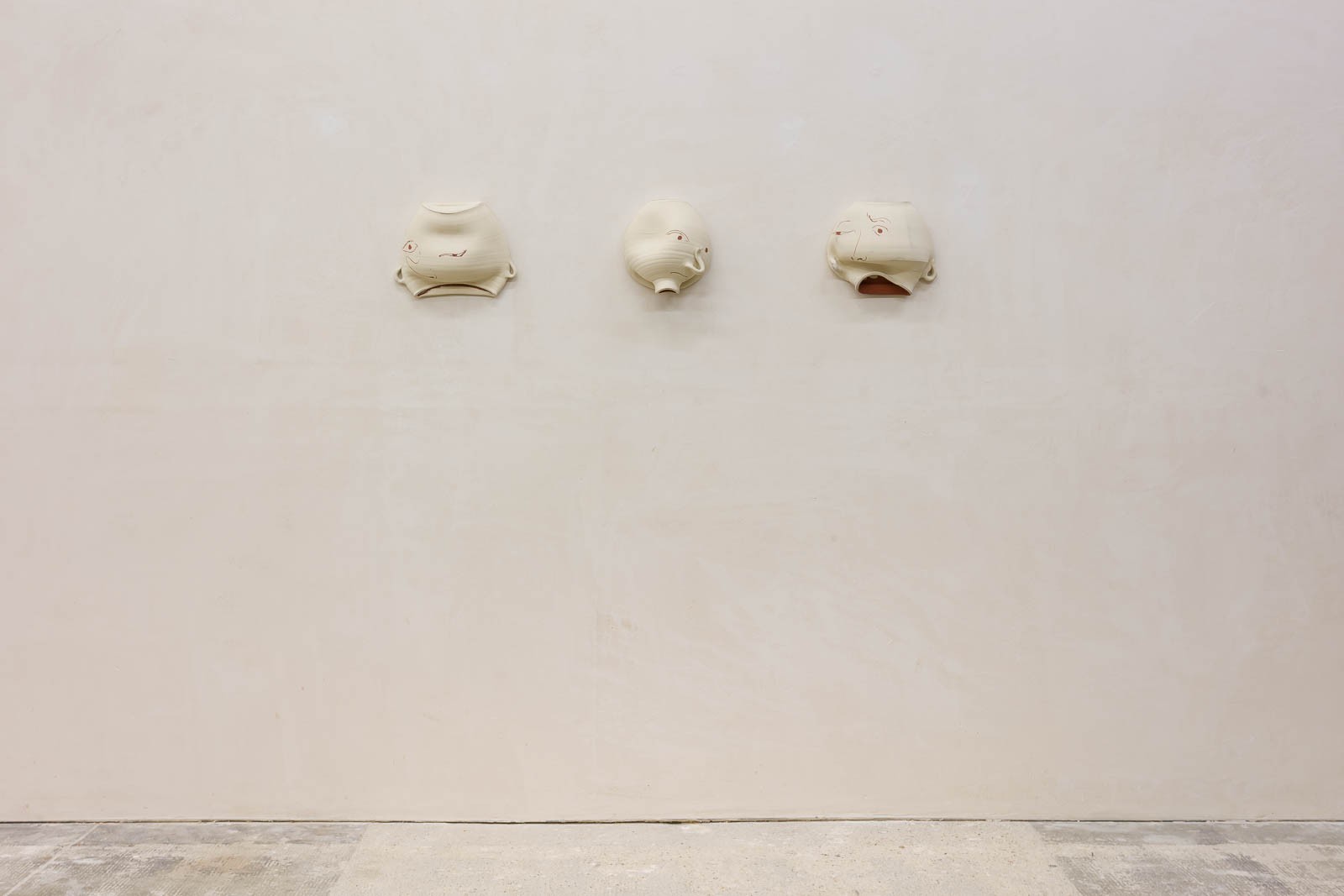 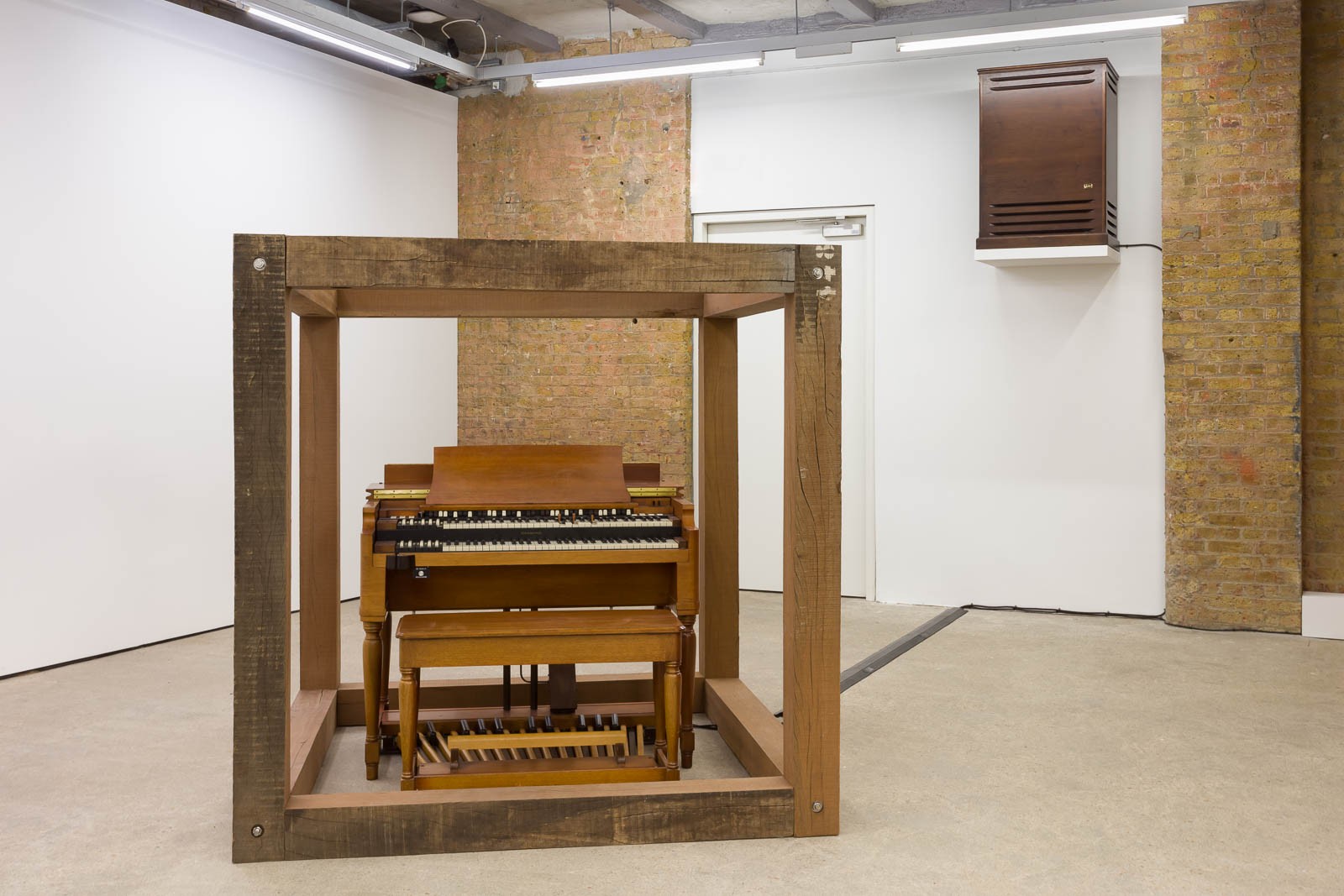 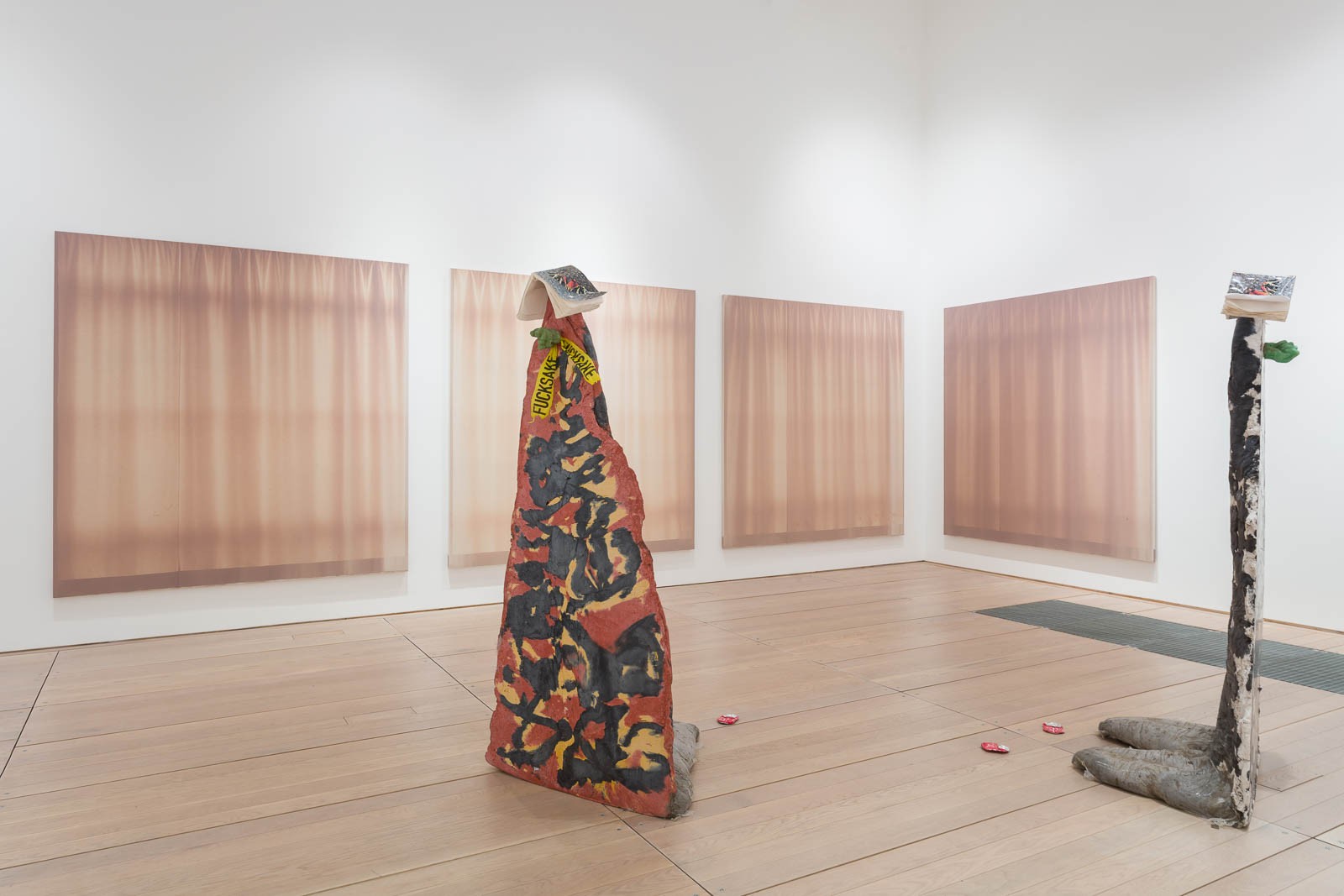 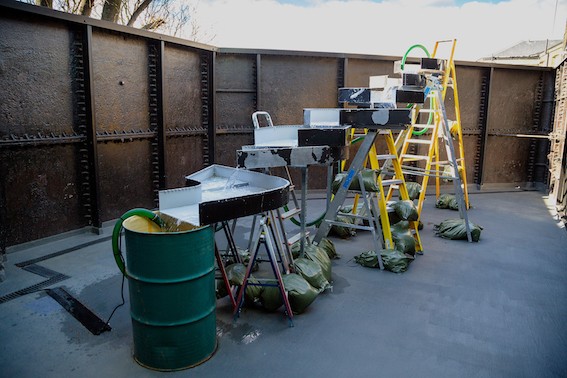 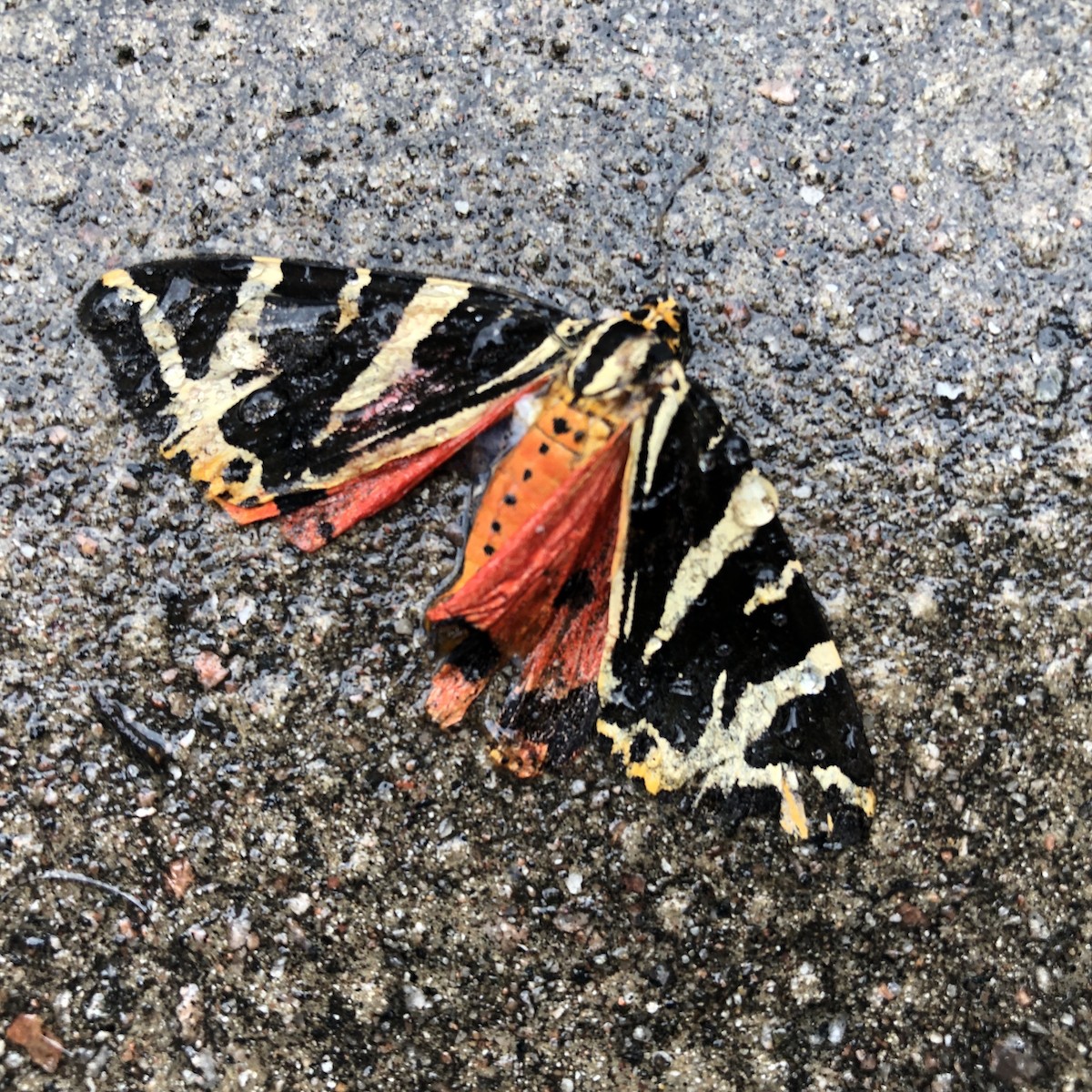 Michael Dean, Focusing on the floor from the rain, 2019

An online walk-through of the exhibition is available here.

Transparent Things uses Chapter 1 of Vladimir Nabokov’s novel as a script. In this brief text objects exert uncanny agency, pulling us back anecdotally and materially into their past, and catalysing radical perceptual shifts, lending itself to an exploration of contemporary sculpture. Artists have been invited to contribute works as co-readers of the text, with new works by Nairy Baghramian, Michael Dean, Marie Lund, Virginia Overton, and Renee So.

Through the prism of Nabokov, the exhibition cues contemporary philosophical interest in object agency, and the power of fiction. Included are art objects that operate through various imaginaries, relating material, social and personal histories where the past erupts into the present. Works acknowledge time, either unfolding over the span of the exhibition, or indexing its passing. Further, in response to Nabokov’s ‘transparent things’ as having the power to seduce and hold our attention, some objects appear anthropomorphised, demanding to be read as bodies in relation to our own.

Alongside being a novelist and poet, Nabokov was also an accomplished natural historian and entomologist (studying butterflies). Reproductions of a sample of his many studies of butterflies are included in the exhibition. The pattern of wings was a subject of special study and can be read as the model for his mode of fiction making, which deploys repeated motifs and images. The exhibition itself thus works through repeated forms and artworks across the building, following visual logics and shared affinities.

The figure of transparency is exploited for its particular resonance within the art field. Transparency implies legibility, but objects can withhold themselves and their histories, frustrating interpretation, or absenting themselves from the frame. Some trouble the skin or surface of artworks’ as carriers of meaning, others demarcate the limits of perception.

In reflection of the exhibition situating itself in the interstice of fiction, art and exhibition making, writers have been commissioned to respond to the text and art works. The publication includes contributions by writers Rosie Haward, Jesper List Thomsen, and Kashif Sharma-Patel.

END_OF_DOCUMENT_TOKEN_TO_BE_REPLACED

Kerry Tribe (b. 1973, United States) is an artist and filmmaker based in Los Angeles. Her work has been the subject of solo presentations at SFMOMA, San Francisco; The High Line, New York; Carpenter Center for Visual Arts, Cambridge; The Power Plant, Toronto; Modern Art Oxford and Camden Arts Centre, London. Tribe was the recipient of the Presidential Residency at Stanford University, the Herb Alpert Award, the USA Artists Award, and she was the Guna S. Mundheim Fellow at the American Academy in Berlin. Tribe’s work is in the public collections of Museum of Modern Art and Whitney Museum of Modern Art, New York; Hammer Museum and Los Angeles County Museum of Art, Los Angeles; Stedelijk Museum voor Actuele Kunst, Ghent and the Generali Foundation, Vienna, among other institutions. She has served as visiting faculty at Stanford University, UCLA, CalArts, Harvard University, and regularly teaches at ArtCenter in Pasadena. Tribe received her MFA from UCLA, attended the Whitney Independent Study Program, and received an AB from Brown University, where she worked closely with Tony Cokes.

END_OF_DOCUMENT_TOKEN_TO_BE_REPLACED 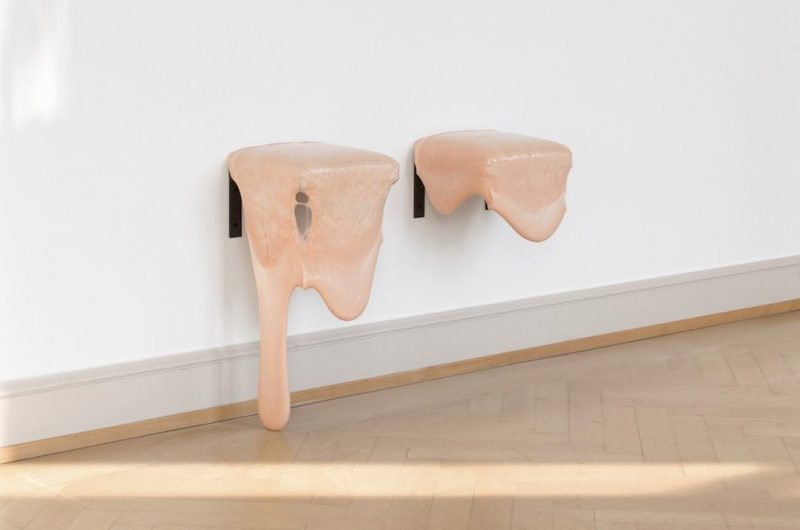 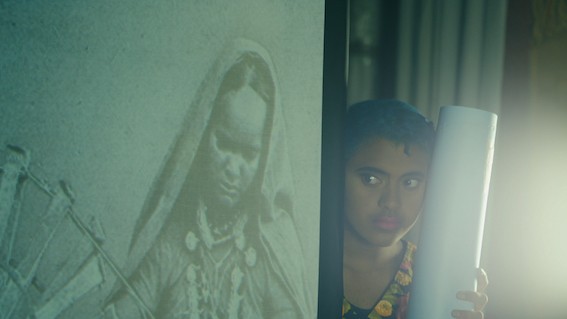 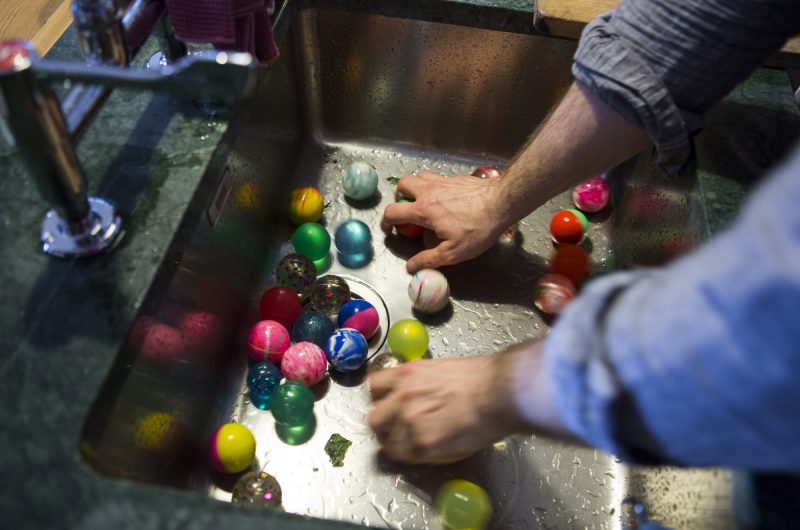 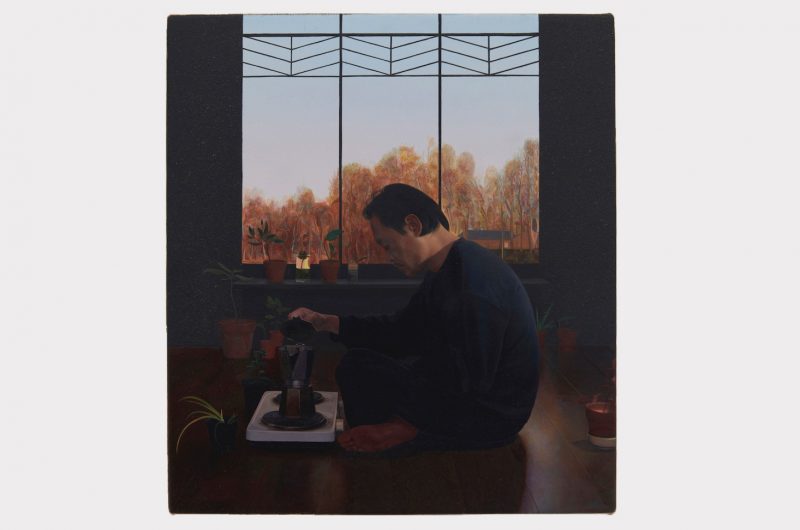 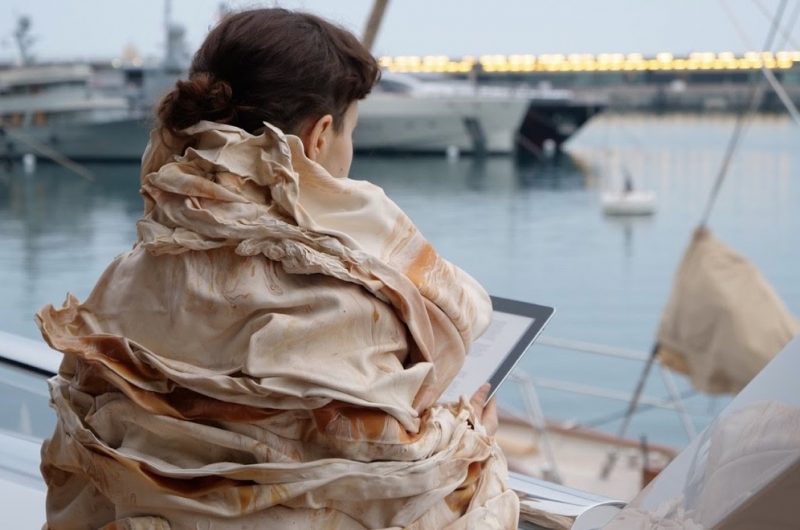 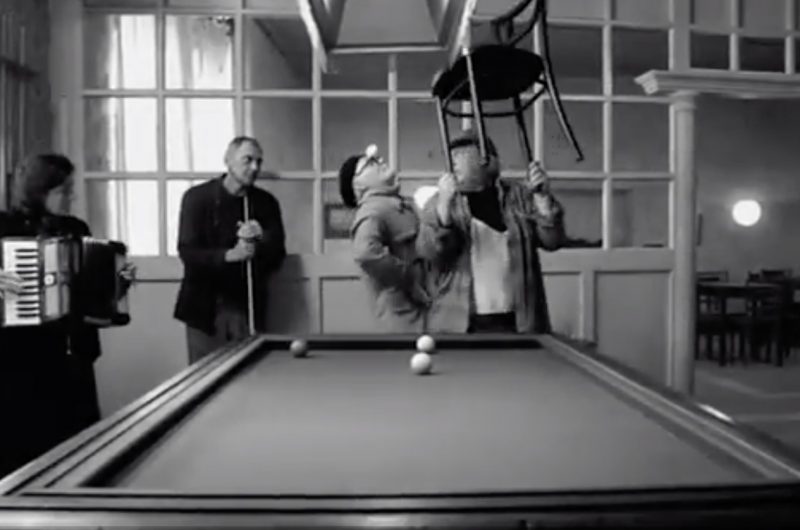