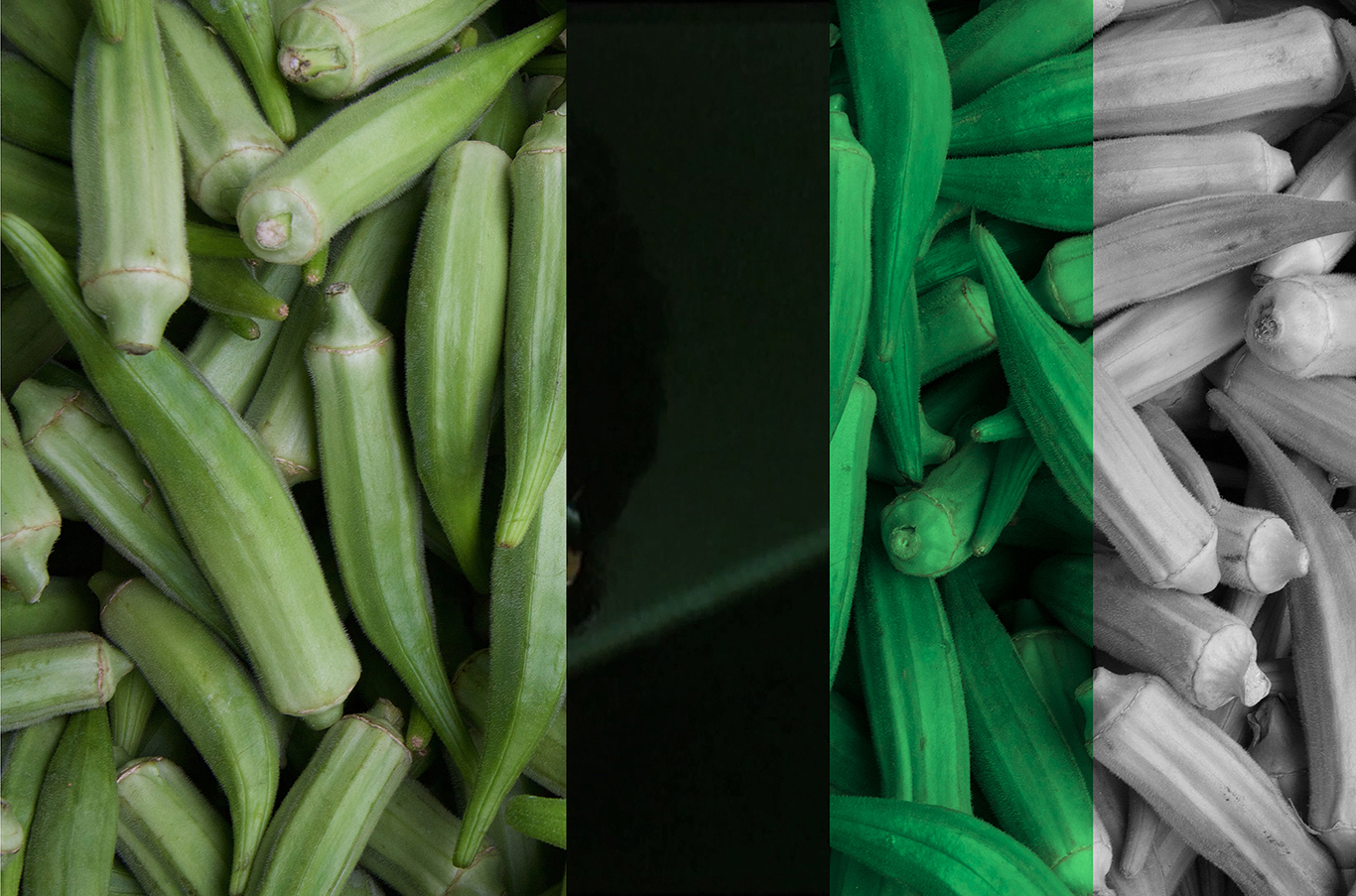 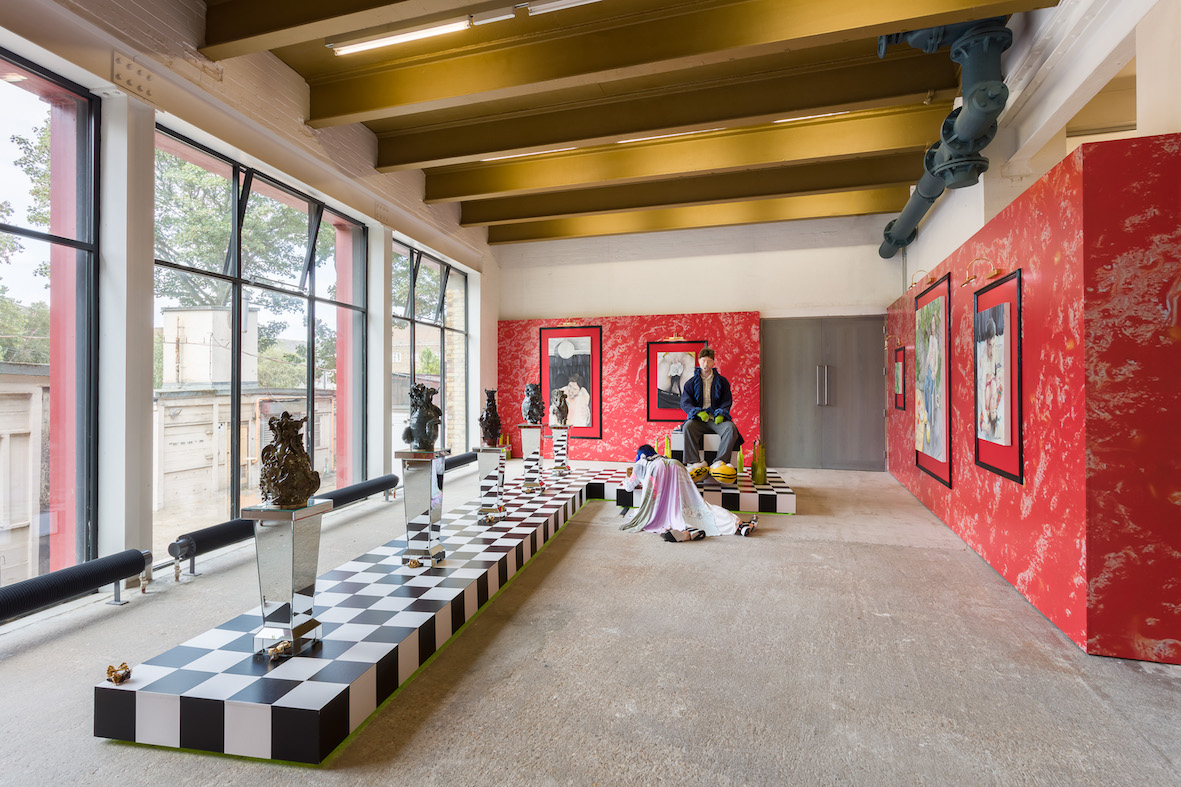 Installation view, Lindsey Mendick, Are You Going to Destroy Me?, 2020. Photo: Mark Blower. 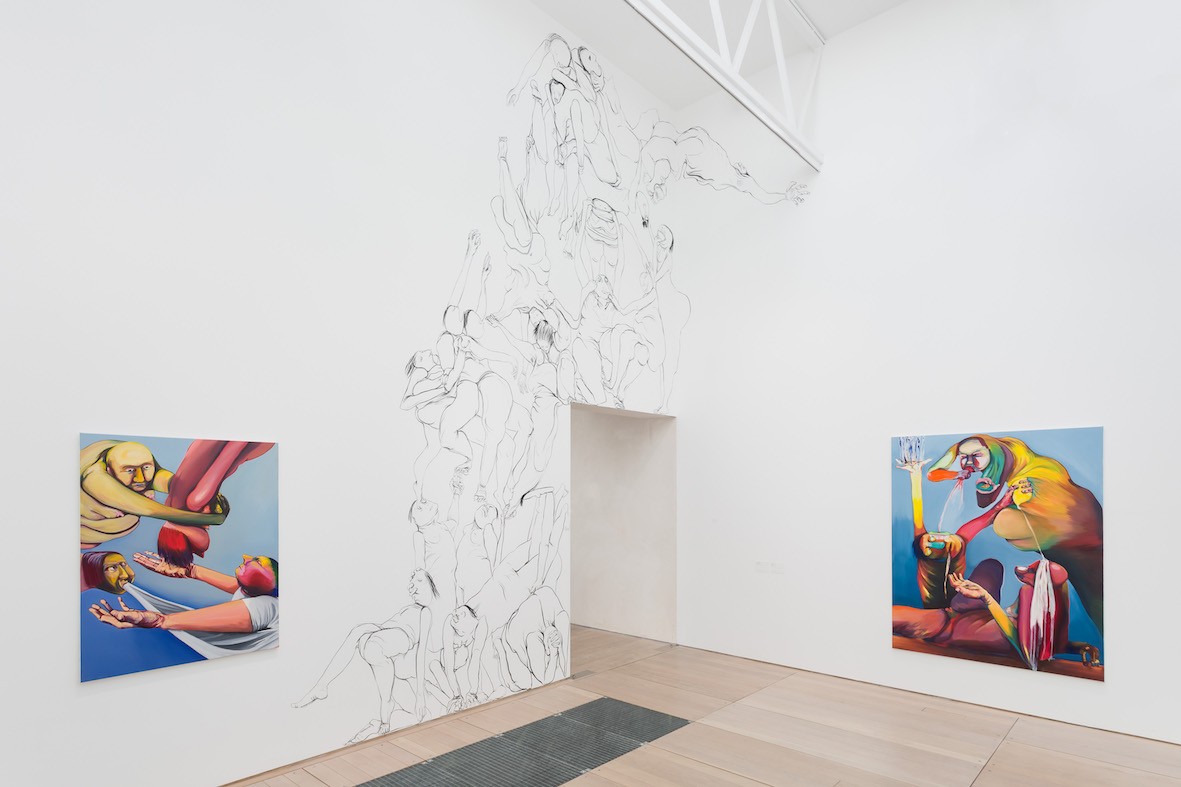 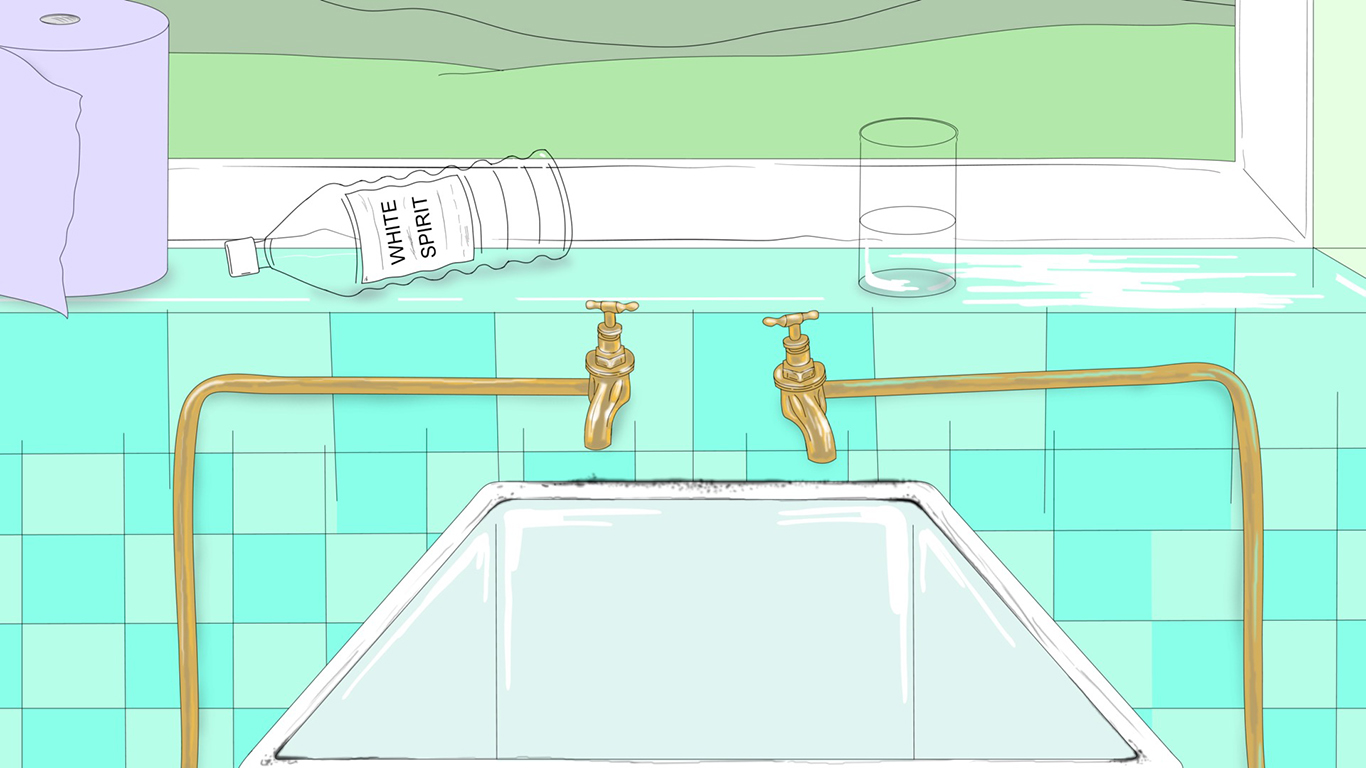 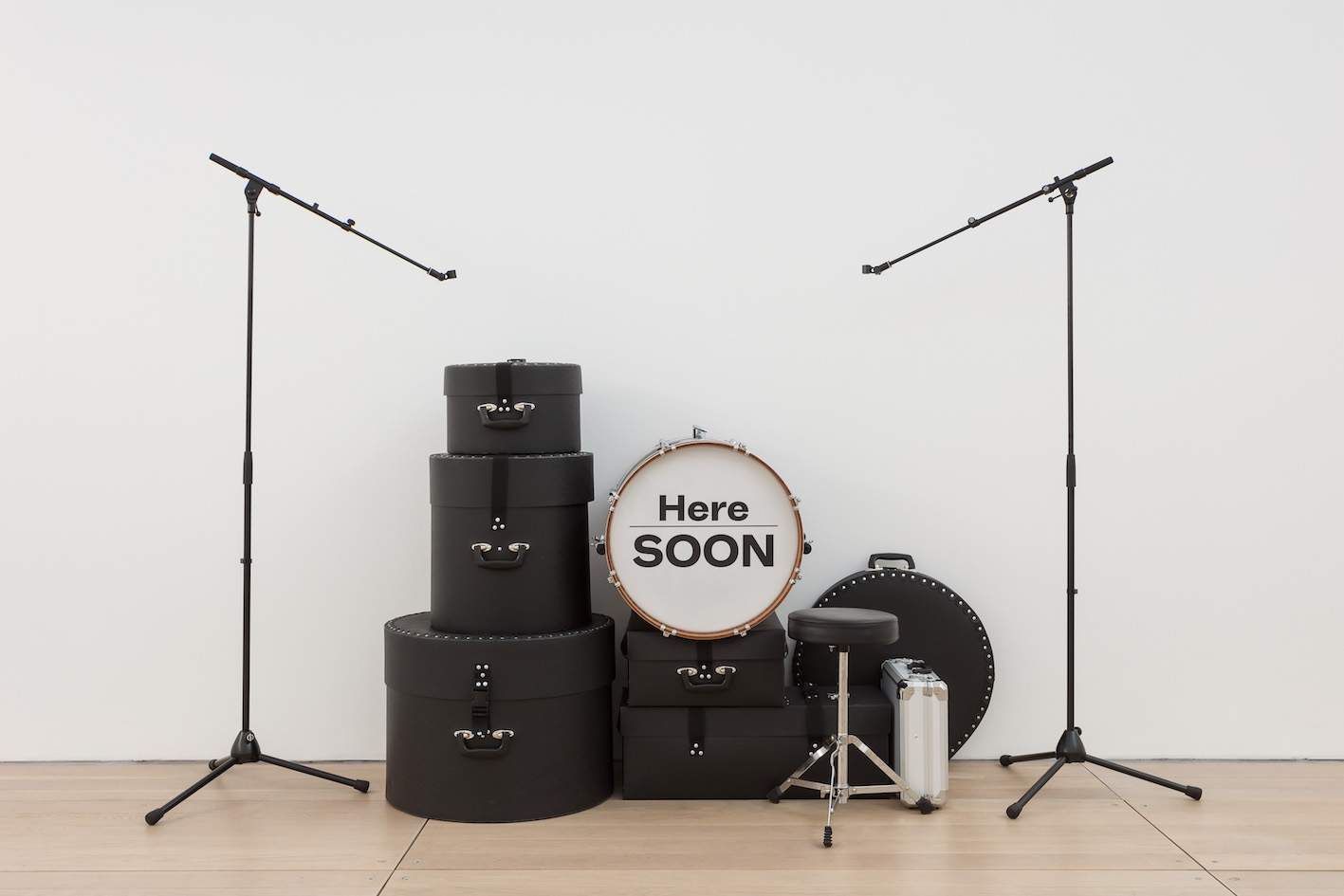 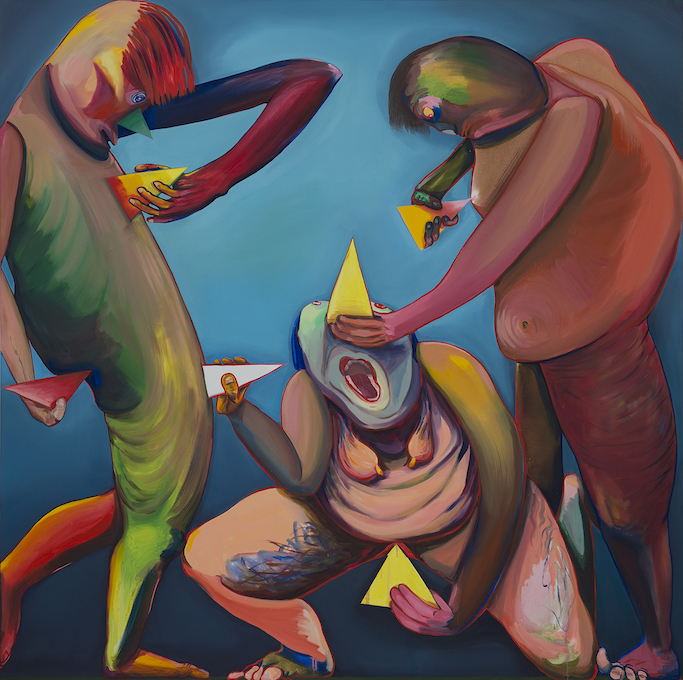 Goldsmiths Centre for Contemporary Art presents SOLOS, a series of new commissions by Appau Jnr Boakye-Yiadom, Emma Cousin, Lindsey Mendick and Hardeep Pandhal. All four are early career artists who have been making work at home or in their studios throughout the lockdown.

The programme has been specifically devised as a commissioning structure with which to support the creation of new work during a time of severe precarity, by artists who are part of the CCA’s community (either by being based in South East London, or by having worked with us previously). Each artist will make a solo exhibition in an individual gallery in the CCA. Their work either explicitly, or implicitly, tracks the impact of lockdown on their practices.

Appau (Junior) Boakye-Yiadom presents an exhibition in two parts; one in which the artist is present, the other in which he is physically absent. Both parts centre on his learning to play the drums, and as such the artist’s practice and process becomes one in a live and uncensored display of trial and error. Percussion is treated as a universal language with a capacity for bodily connection in its mass of rhythms and beats.

Titled Before, During & After: Here Again. Before, During & After: Here Soon, the artist recalls a colloquialism one might expect from a shop vendor. His absences from the space – the product of external commitments – reiterate the core value of time, its record, and our experience of it. The artist transcends the expectation of omniscience in the gallery space, submitting himself to the various outcomes that neither he nor the viewer can predict. He is at once in control of his actions whilst also vulnerable to the volatility of a process occurring in real time. Both artist and viewer are then on an equal footing, the division between these positions shattered by a communal investment in time and process.

Emma Cousin presents New Dirt, a series of five new paintings, and a site-specific wall drawing that animate ideas around bodily experience, memory and painting. In her images, made during lockdown, Cousin examines dirt and digging for its relation to life cycles, loss, exhaustion, and ideas of being present. Her complex compositions of interrelated female figures explore our reliance on each other as both violent and intimate

For Cousin, the body endures as a site of memory like the land, carrying scars, seeds, and new growth, even in the face of destruction, decay and potential attacks and threats. In many of the works, especially New Dirt, lessons from nature are manifold. Patterns and systems of bindweed, rhizomes and filigree roots mimic the vascular and nervous systems of the human body, so that the soil becomes an anatomical mirror bringing us closer to an understanding of ourselves.

Lindsey Mendick
Are You Going to Destroy Me?

Mendick’s work often draws on the autobiographical, spinning personal stories into fantastical immersive environments populated with objects and sculptures whose materiality and narrative qualities move through seduction, horror and ribald humour. Drawing together a myriad of references, this new body of work brings Mendick’s precise handling of the affective qualities of interior spaces, into contact with the film tradition of gothic horror, with its combination of sex and death, power and bodily violence.

Are You Going to Destroy Me? centres on Mendick’s relationship with her now fiancé; the title quotes the question she asked him on their first date. Taking a cue from the inherent vulnerability one faces within the power structures of a romantic relationship, she draws on their shared love of the gothic horror movies that have been a mainstay throughout the lockdown.

Pandhal’s newly commissioned video work Ensorcelled English (13.40 mins) plays out both in the gallery and online. It reveals the mechanics of a cursed art school, where inherited issues of racial and sexual representation emerge. Reflecting the artist’s wider interest in practices of interpretation in Western education, these issues are carried over into the installation in the courtyard outside, where a suspended steel cage is marked by a custom heritage plaque.

Based partly on Pandhal’s experience as both an art student and visiting art lecturer in the UK, this work considers the structures upon which contemporary art schools are upheld, whilst contrasting both the emancipatory and stultifying effects of their workings.

TO VISIT CCA YOU WILL NEED TO BOOK A FREE TICKET FOR A SPECIFIC TIME SLOT. PLEASE BOOK HERE.

END_OF_DOCUMENT_TOKEN_TO_BE_REPLACED

Emma Cousin (b.1986, Yorkshire) lives and works in London. Solo shows 2018/19 include: Milton Keynes Art Centre; Dolph Projects, Lewisham Arthouse Gallery and Edel Assanti Gallery, London. Recent group exhibitions 2019/20 include: Jerwood Visual Arts show ‘Survey’ at The Baltic Newcastle, Bluecoats Liverpool and G39 Cardiff; ‘Ultra’ at J.Hammond Projects London; ‘Fumblelove” at ASC Gallery, London; ‘Ridiculous’ at Elephant West; Soft Bodies, at Castlefield Gallery, Manchester and ‘Outlines’ at Austin Desmond Gallery, London. Emma is a visiting lecturer at Sotheby’s and teaches on Foundation at the Art Academy London. Emma graduated from Ruskin School of Drawing and Fine Art, University of Oxford in 2007. She started her own project space, Bread and Jam in 2015-17, which she ran for 2 years in her home in Brockley. She recently established the podcast ‘Chats with artists under lockdown’.

Lindsey Mendick (b. 1987, London, UK) lives and works in London. She received an MA in Sculpture from the Royal College of Art, London. She was the recipient of the Alexandra Reinhardt memorial award in 2018 and was also selected for Jerwood Survey 2019. Recent solo and two-person exhibitions include: ‘The Yellow Wallpaper’, East Side Projects, Birmingham (2020), ‘Regrets, I’ve Had a Few’, SPACE, Ilford, UK (2019-2020); ‘Of all the things I’ve lost’ (with Paloma Proudfoot), Ballon Rouge Club, Brussels (2019); ‘The Ex Files’, Castor Projects, London (2019); ‘The Turnpike Pottery’, The Turnpike, Leigh (2018); ‘Perfectly Ripe’, Zabludowicz Collection, London (2018); ‘PROUDICK’ (with Paloma Proudfoot), Hannah Barry Gallery, London (2018); ‘Jamie Fitzpatrick and Lindsey Mendick’, Vitrine, Basel (2018); and ‘She’s Really Nice When You Get To Know Her’, Visual Arts Center, Austin, Texas (2016).

END_OF_DOCUMENT_TOKEN_TO_BE_REPLACED 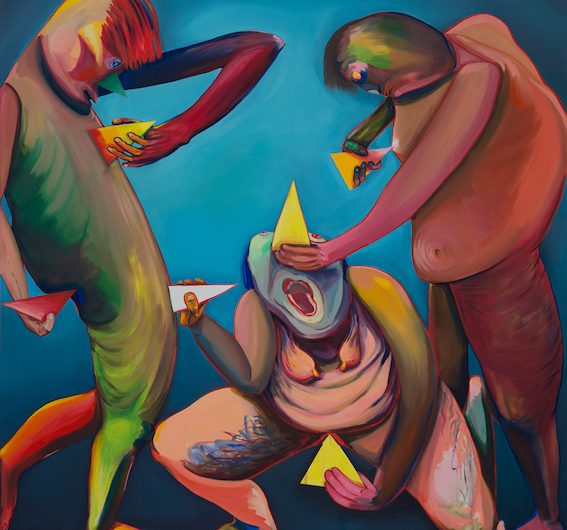 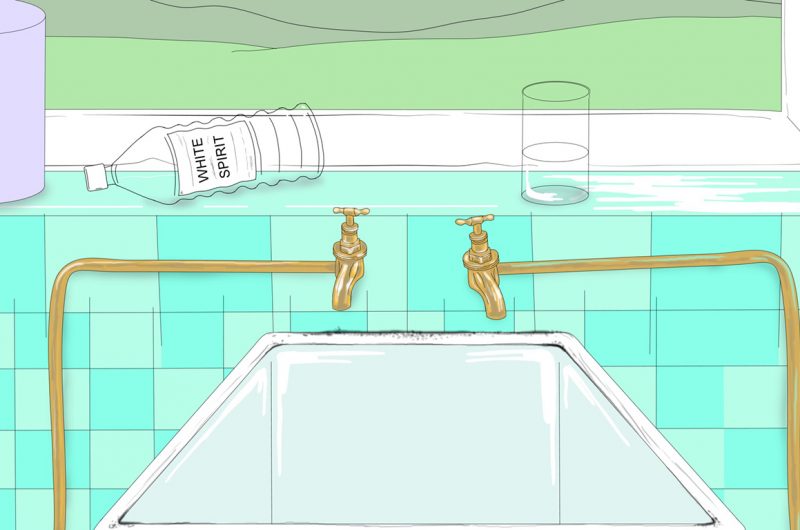 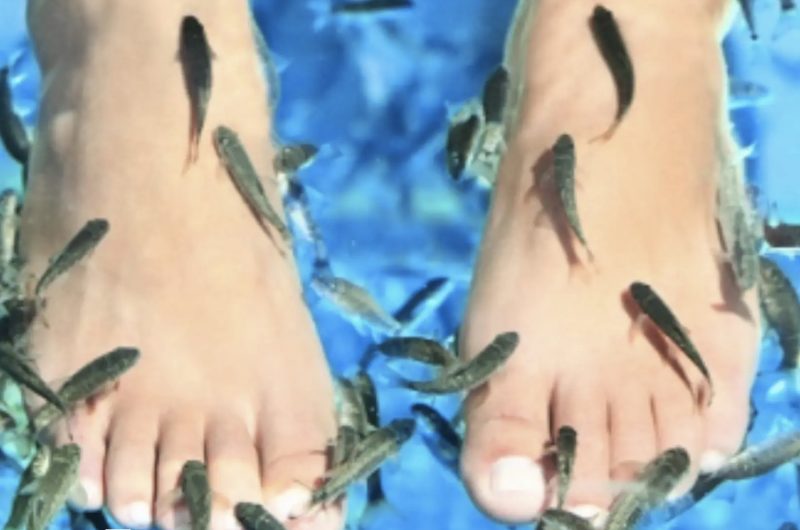 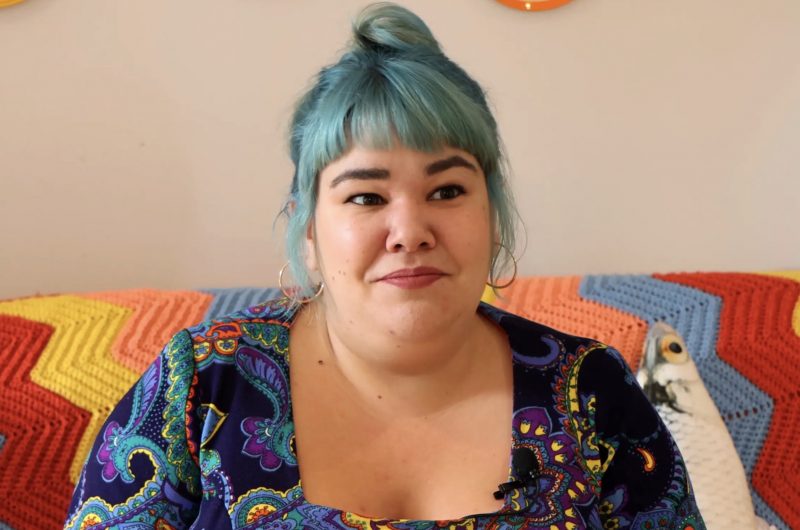 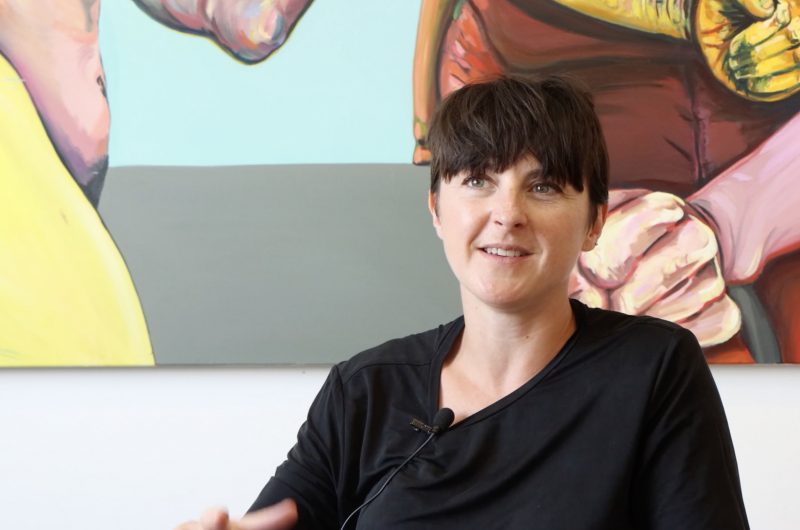 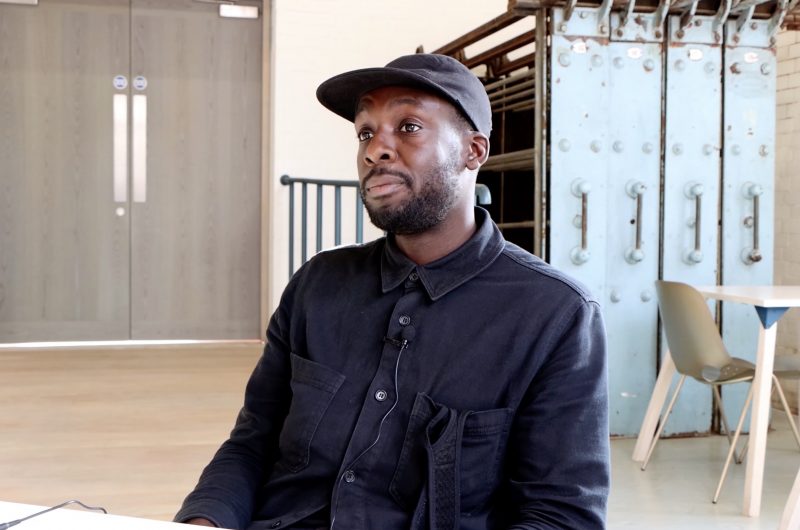 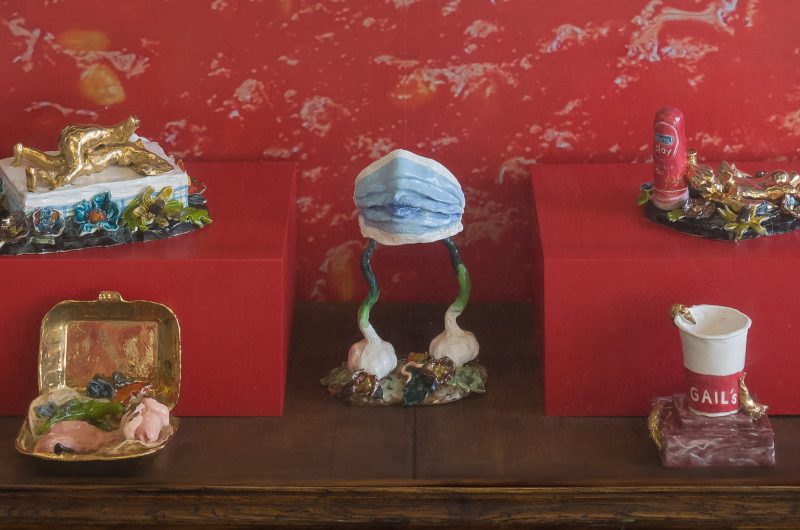 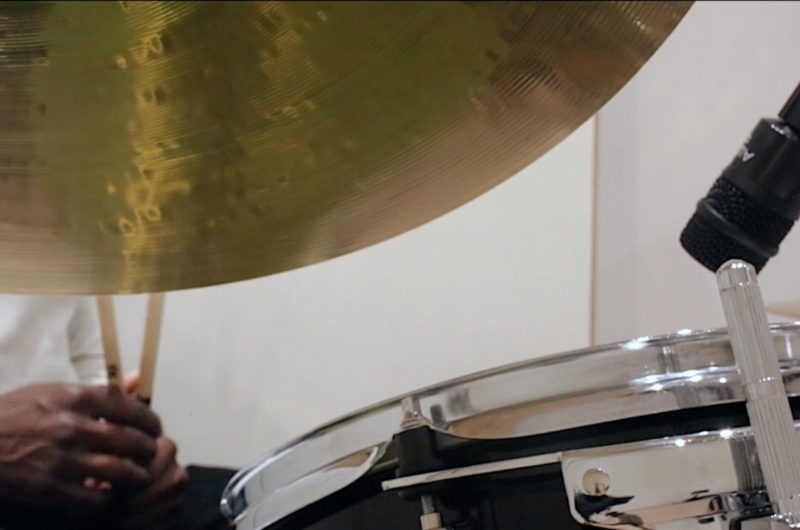 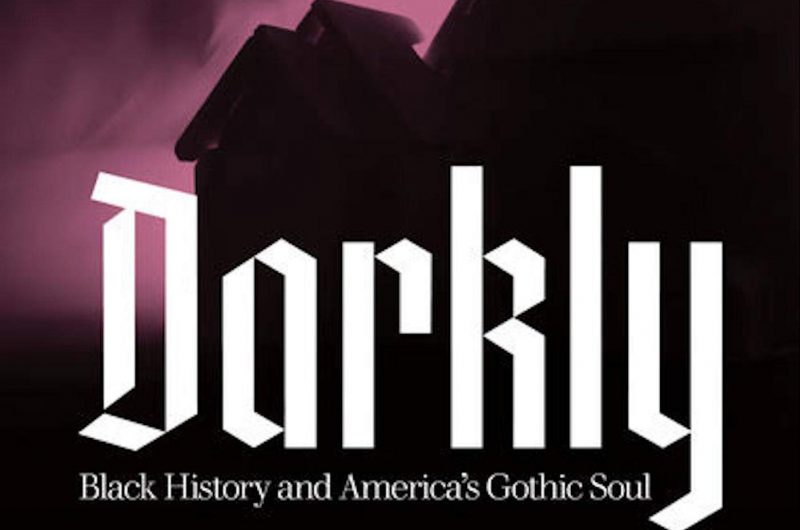 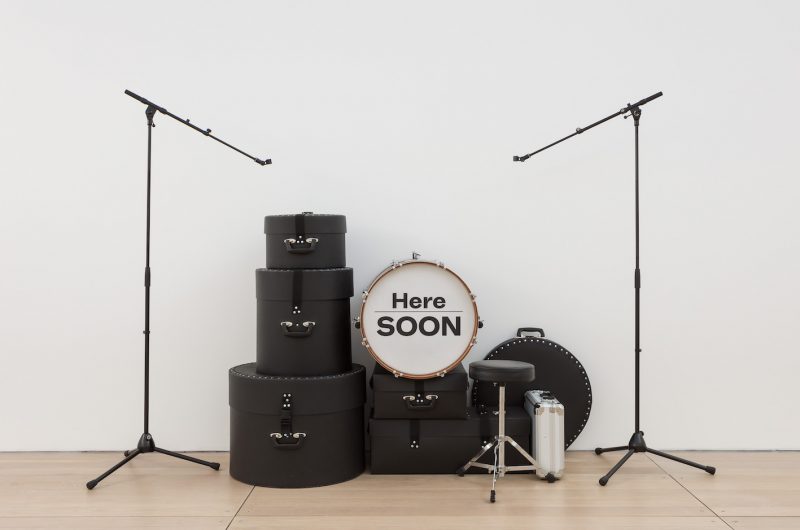 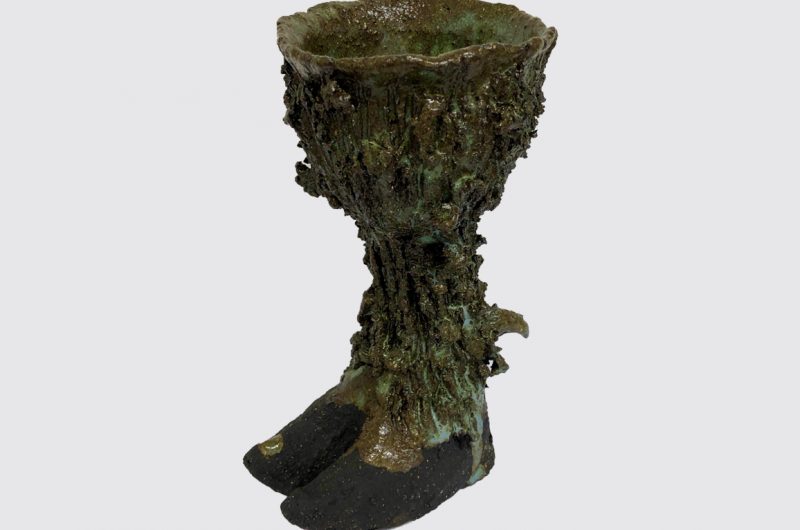 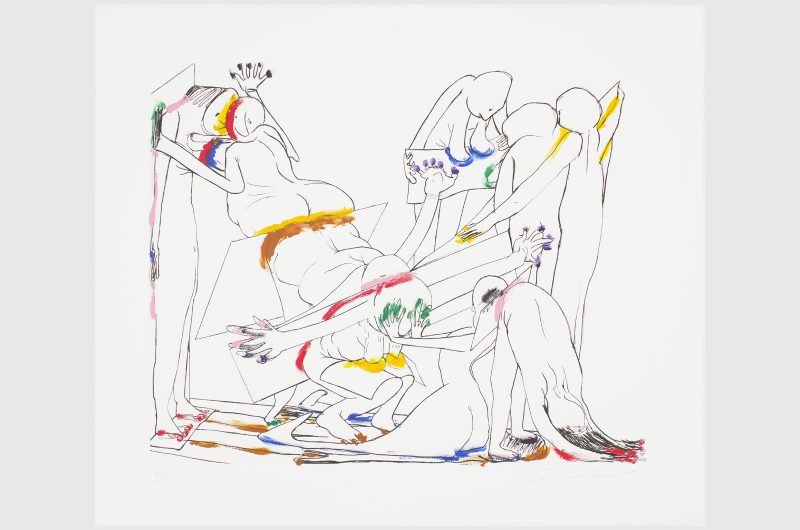 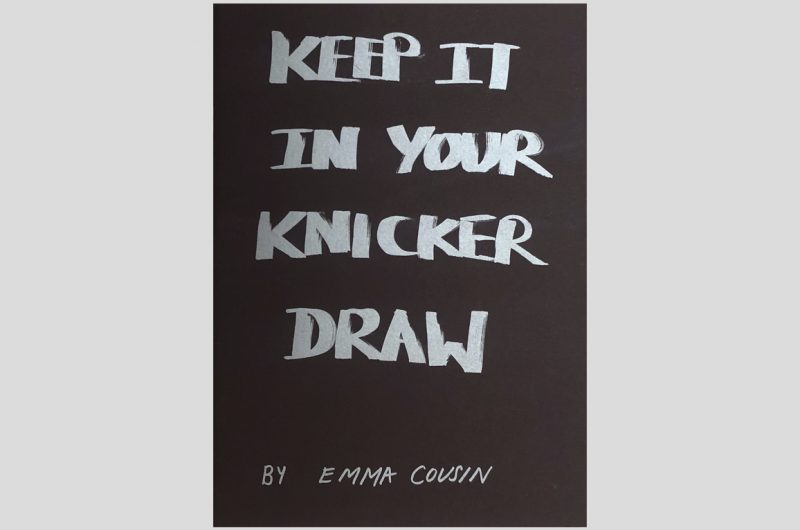